‘’Joy cometh in the morning’’ these words ring true for Nomthandazo a vulnerable child from one of our Neighborhood Care Points (NCP), who came home from the hospital this month, to rejoin her family of 8, living with her unemployed mother in her uncles two-roomed flat.

Nomthandazo, which means prayer in SiSwati has been diagnosed with congenital megacolon on admission at the hospital. This condition has caused a serious bowel obstruction, which has resulted in her stomach and small intestines to drift apart. This condition has left Nomthandazo’s growth stunted to the point that physically she looks four years old, yet she is nine years old in actuality.

The economic status of her family also does not make it any easier for Nomthandazo. In addition to her medical condition, she has also suffered from severe malnutrition. Despite numerous consultations with doctors over the years, who had been trying to address her malnutrition her nutritional state would either remain the same or worse. It wasn’t until she was referred to a private facility that doctors were able to attribute her malnutrition in part to her bowel obstruction, properly diagnose. Unfortunately, there were no resources to cater for her medical needs, that could get her back on track. That is until, an All Out Africa volunteer (Cleo) from the UK, who joined our program last December. She was touched by Nomthandazo’s story and generously donated towards her medical bills. As I write this blog I just wiped a tear due to the excitement of the news that brave Nomthandazo has come out of the operating theatre. The operation has been a success and will discharge after spending ten days in the hospital for recovery. Nomthandazo will still require some additional consultations with doctors to make sure the operation continues to be successful, however, for now, she is in good hands and on the path to a healthy, pain-free life.

At All Out Africa, we are so grateful to our volunteers for allowing us to be a connection for cases like Nomthandazo’s.

It’s been a journey worth the wait!

Update! After almost a year, Nomthandazo is doing well and growing! We love watching her continue to bloom. Volunteers can truly change a life, and this little miracle is living proof! 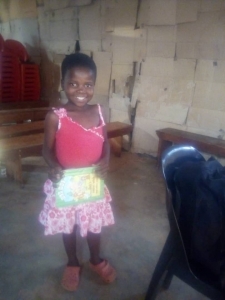 Nomthandazo almost one year after her surgery. She is gaining weight and happy!

If you would like to donate to our Foundation, so we can contribute to stories like this one, you can donate here https://www.globalgiving.org/projects/educate-a-swazi-child/ 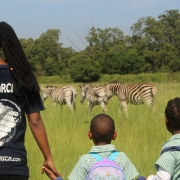 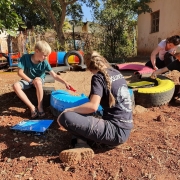 One Volunteer’s Story: Meeting The Whale Sharks Of Mozambique 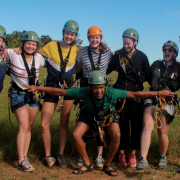 My third anniversary working for All Out Africa 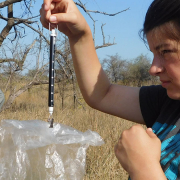 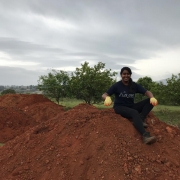 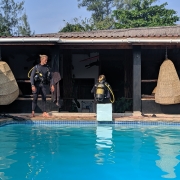 My first experience with research volunteers.

Trip for a trip with the NCP children
0 replies